From Beginning Band to the CMA Awards Stage 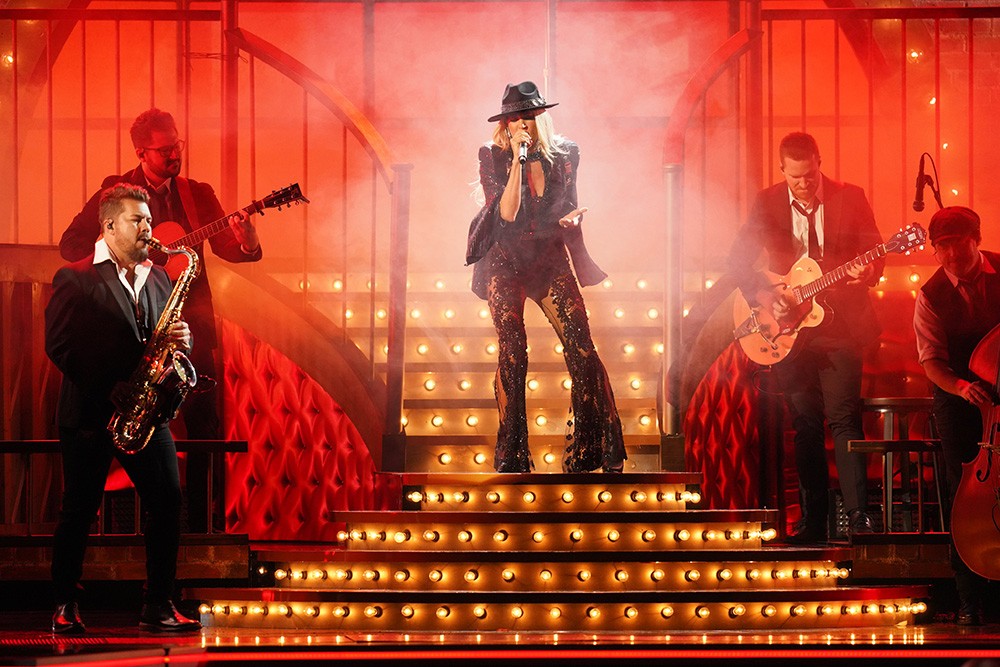 A native of Kingsport, TN, Jeffers first began his musical journey on piano, drums, and guitar.  In Jeffers’ 6th grade year, his older brother inspired him to join band, and Jeffers fell in love with the saxophone because of how it looked and sounded.  “Anytime I saw someone playing the saxophone on TV, it always grabbed my attention,” said Jeffers.  He continued to play the alto sax in concert band, while also performing on snare drum during marching season.  Outside of school, Jeffers played guitar in a family band at city festivals, conventions, and Dollywood.  Jeffers ultimately decided to double major in Music Business and Marketing at Belmont University and continued to take music courses and lessons as elective credits.

But how did Jeffers land his current gig with Carrie Underwood?

“The Nashville music community is small on the inside,” said Jeffers.  “I had met Carrie Underwood’s Music Director when he and I were both on another gig.  It was years later after our initial meeting, I was walking into a songwriting session on Nashville’s famous Music Row, and he called me out of the blue.  He told me that Carrie needed a slide guitarist.”  Jeffers met with her Artist Management that afternoon, and 12 years later, audiences can still find Jeffers sharing the stage with Carrie Underwood.  Some of Jeffers’ favorite experiences of touring with Carrie include the people he has gotten to work and travel the world with.  Jeffers has also had the opportunity to tour and do studio recordings with Kenny Loggins, Keith Urban, Jamie O’Neal, The Wreckers, Wilkinsons, and his own band, Pinmonkey.

When it came time to choose a tenor sax, Jeffers asked other professional musicians what they preferred.  “They ALL kept saying that Jupiter saxophones are great sounding instruments that are durable for being ‘on the road.’ My Jupiter Tenor Sax has definitely been an amazing instrument to play for a crowd of 15,000 at a live concert or in front of 12 million on a televised award show.”

Reflecting on his experiences, Jeffers had the following advice for students thinking of joining band:

“Joining band, I thought was all about learning the sax.  What I didn’t realize is that I was enveloped in a community of others who loved music.  We were like-minded in the fact that we wanted to travel and share our music with others…  I got so much more than what I was signing up for that included a new way to live in general.”

He also added for current band students: “submerge yourselves in the environment of band and become a piece of the fabric of the community.  You will meet friends that you will have for your whole life.”

Where It All Began–Andrew Dost, “Fun”