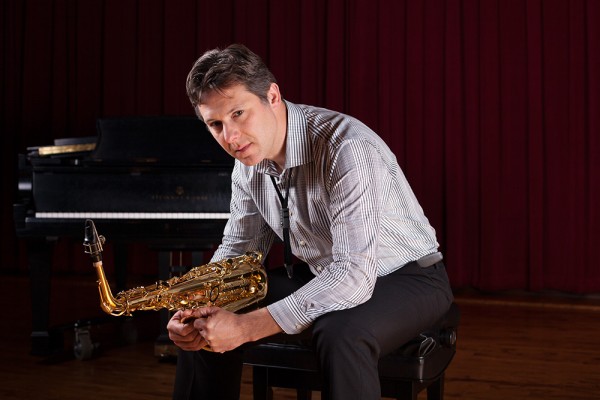 I started playing jazz at Tappan Junior High School in Ann Arbor, MI, and it was something I really enjoyed from the beginning. I had a great teacher named Sandy Maconochie who worked hard to expose us to all of the great music of the past. Because of her, I was listening to Coltrane, Monk, etc… right from the start. I also had a great sax teacher during this time named Tim Miller who taught me a ton of fundamental stuff about the horn. Tim also knew about my interest in jazz and when I told him I had a chance to play a solo on “Watermelon Man” at the school assembly, we immediately got down to work. I soon had memorized my solo on the tune and was ready to play it for all to hear. Up to that time, I had always felt a little out of place at school. But when I stepped to the front of the stage and played my solo, the crowd erupted in cheers. It was then that I finally knew who I was and where I belonged, and almost 30 years later I’m still doing it!

A Teacher’s Perspective: The Power of Music