Student Engagement on the Field and in the Classroom 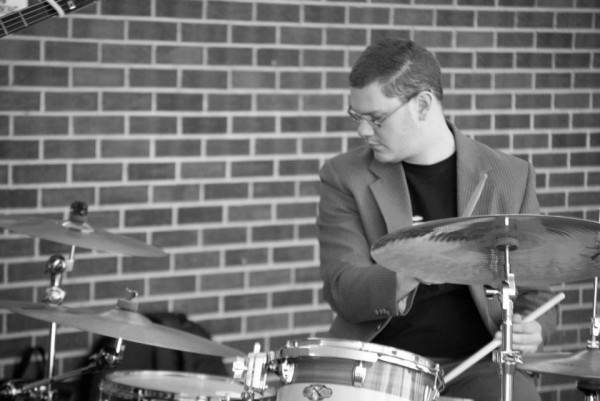 I’ve taught percussion for a full spectrum of programs, from below average to excellent and competitive. There has been a notable difference between each program. The difference doesn’t lie in the equipment, but in the directors. Most schools only have one director who does the best he or she can with the kids they have and the equipment that survives their predecessors. I’ve taught at schools with average equipment and “normal” kids that compete and win against schools with fantastic equipment and “musically talented” kids.

However, teaching and leadership are two different skills. The best directors I’ve worked with are fantastic leaders. They are not overly demanding, nor do they raise their voices at their students. It seems those harsh qualities are often mistaken for “leadership.” Successful leaders have short and long-term goals in mind, and they push their students to succeed without belittling them. The director invests in the individuals of the ensemble. A good leader must keep in mind that he or she is training students not only to play music, but also to be functional adults in a world that does not actively teach life skills (e.g., showing up on time, real consequences of actions, proper work behavior, and initiative).

Some tips for becoming an amazing leader are

Let’s explore the first lesson, which is to not let your pride get in the way. “Pride goes before a fall.” You have probably heard that phrase too often. You are never told, “arrogance goes before an average season,” which is much more applicable to music. There is nothing wrong with having some pride in accomplishments, but when you start the season with the mentality of, “everyone else should suck this year because…” (insert comment about their director, losing faculty, big graduating class, janitorial interference with rehearsals, and so on), you are selling short their potential to completely wipe the floor with you. I worked with a fantastic pit, and a massive and incredible-sounding band, but the snare line all thought they were the best snare drummers the world had ever seen. They sounded like garbage because they threw away their sportsmanship and said, “I am the best, you all need to adjust to me.”

Next, don’t be lazy. “What do you mean? Band directors can’t possibly be lazy!” Allow me to illustrate. I was teaching at a school in rural Alabama. I shocked the students almost daily doing things I considered normal. I made them stand up to play, as drum lines ought to do, but I stood up with them. I didn’t sit there and throw sticks at them to get them to pay attention. I didn’t dent the bass heads with snare sticks while demonstrating a part, but instead took the time to borrow bass mallets. I didn’t yell at them when they made mistakes, but called attention to technical errors in between runs of exercises. I encouraged them to play with proper technique all of the time. This group, which had never scored well, was graded as “superior” at every competition they attended because I took extra time to observe proper face-to-face behavior. Band directors who sit on the sideline, yell at their students, and don’t exhibit any energy in directing do not get a positive response.

Another thing that makes a great leader is teamwork. Without a team, there can be no leaders. You need to let members of your band know what your plans are so that they can follow where you lead them and have a sense of inclusiveness as you work toward the same goals. I watched an ad for Bands of America in Indianapolis, Indiana, and witnessed a director who walked among his students. He encouraged them that their hard work was paying off, that they had accomplished so much that season that they had every reason to go all out in this final performance. The energy in his stride and the confidence he exuded was palpable, and the energetic and focused responses of his students gave me a chill. One of my favorite marching band directors treated the band as a family and helped his students as if they were his little cousins. He stood up for us and pleaded with administrations to treat us to the highest standards. He was well-liked by his students and most of the university officials because he went way out of his way for his team. We gave him everything we had every single time, and our shows were phenomenal.

Lastly, engage your students. So many teachers build walls between them and the students. Some directors hide behind massive music stands with aloof attitudes, and even disrespect their students. I’ve seen many things that wouldn’t fly if bands had a human resources department. Think about public speakers, the really good ones. Do they stand behind the pulpit with both hands on it and read notes to you? Or are they all over the stage, engaging their audience and challenging them with new concepts or different ways of looking at old ones? The trick (that shouldn’t be a trick at all) in teaching anything is to engage your students. It’s not just about managing behavior, it’s about creating art on the canvas we call silence with a diverse team of young people who are searching for a leader to follow.

EVAN ROMACK is an independent percussionist and instructor based in Decatur, IL. He teaches private lessons (classical percussion and drum set), summer music camps, band camps, and drum line. He is available for performances and drum maintenance. Evan received his Bachelor’s degree at Southern Illinois University Carbondale in Music Business with a minor in marketing, and his Master’s degree in Performance Percussion from Jacksonville State University in Alabama. Evan strives to bring the exciting world of percussion to musicians and non-musicians alike through performance, lessons, and clinics. Search “Evan Romack” on Youtube for videos, or send emails to: romack66@gmail.com.

Maximize your practice time using the Rule of 10’s…