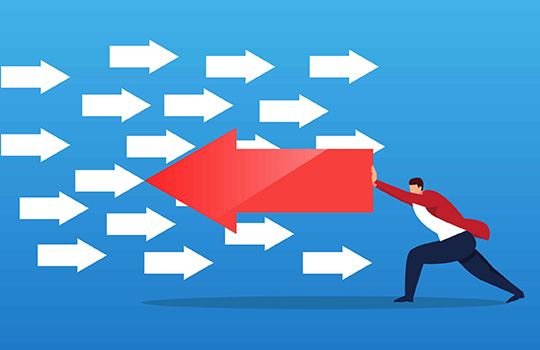 Before tomorrow’s band rehearsal, change your setup so it is reversed 180 degrees. That’s right, if your students were facing east, have them face to the west. You’ll have to move all the percussion instruments, stands, chairs and your podium, but I’m telling you it’s worth every bit of work! Many years ago, I suggested this at a teacher’s conference. A few days later I received an email from a band director that read, “During the conference I attended last week, you suggested reversing our band setup. So, Monday before school, I did it. Please tell me why I had the best rehearsal I’ve had in 15 years?” I wrote back: “I have no idea!” And that’s the truth. I don’t really know why it works so well, but it surely does. I think it sets up a new normal. With things so different, students seem to pay more attention, do less on autopilot, are better disciplined and become more engaged. The truth is, I really don’t know why it works so well, but I know it does. Then, after a while using that setup, change it again to a different setup. Change is good!