#178. Wilson Would Have Been A Great Watcher 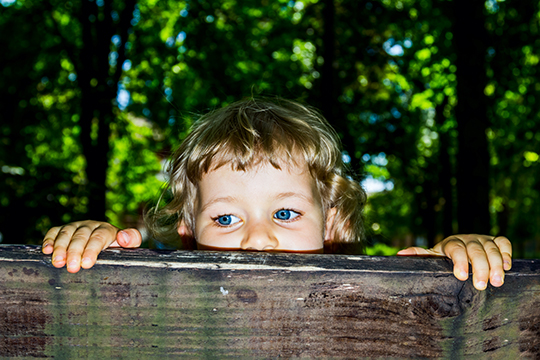 As many of you know, I have a love-hate relationship with music stands. Our students certainly need them, but so often they cause more problems than they solve. I’ve already written about my concern that students sharing stands in ensemble rehearsals makes their watching the conductor extremely difficult (read: impossible for some of them). But the height to which music stands are raised is potentially just as bad if not worse. Seemingly since cave-person days, it has been thought “cool” to keep your stand as low as possible Why? I have no idea. Could it go back to the old big band era with those stands that were so very low? Maybe. Well, wherever it came from, it seems like it is here to stay.

The problem, however, is that when a player keeps the stand set low, it all but guarantees they will not be watching their conductor nearly as often – or as much – as if it were set very high. Think about it. With the stand very low, the player is looking downward at their music. To see the conductor, they must jerk their head up a considerable distance. To watch the conductor a lot, they would have to have their head bob up and down in what my dear friend W. Francis McBeth used to call “a game of water polo.” Truthfully, how much of that can we realistically expect our students to do before fatigue and laziness set in and they stare at their music?

The solution is to have every student raise the height of their stand very high, so they see the conductor just over the top of it. I tell every ensemble I conduct that I want them all to look like the character “Wilson” on the old television show “Home Improvement.” He was the backyard neighbor who was always behind a wooden fence so that you only ever saw his eyes and the top of his head. That way, all a student has to do is pop their eyes over the top of the stand and there is their conductor. They don’t have to move anything else. All that “water polo” also wreaks havoc on breathing and embouchure by compressing the torso, tilting the neck, and possibly changing the angle of the instrument with every downward glance. All in all, I wouldn’t have stands set any other way, as I am convinced this approach fosters far better eye contact from every student. Allowing students to keep their music stands low is the rehearsal equivalent of having them eat consommé with a fork. It kind of works, but not really. But so much more is possible if they simply take a lesson from Wilson!