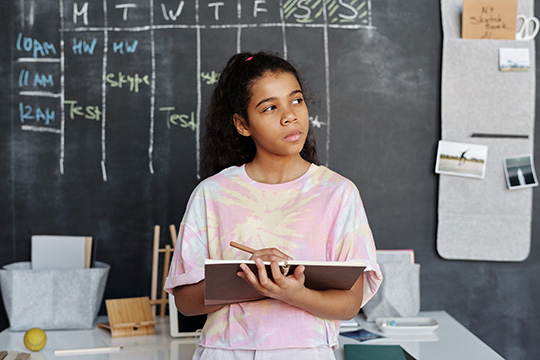 Many decades ago, when I started teaching, if I asked a student how many sharps there were in the key of D major, and they said two, I would celebrate and move on. But all too often the ensuing minutes or days would prove that the student really didn’t know or understand the answer they so assuredly gave me. That was until I discovered what has come to be called “metacognition.” Its nickname is “thinking about thinking.” And that changed my teaching forever. Quite simply, it recognizes that we need to find out the process a student used to get the correct answer as much as the correct answer itself. I then started asking students how they arrived at an answer rather than just accepting it when it was correct. So if I asked that student how they came up with that answer of “two” for the number of sharps in D major, and they said: “Well, there are two of us in this lesson, and it is Tues-day, and I really like the number two,” I know I have a problem. But if they go on to explain the rule we learned about taking the last sharp and going up a half-step, then I know their learning is true. Now if you are having flashbacks to seventh-grade math class, where you lost points for having the correct answer because you didn’t show your work, that’s because metacognition is a math teacher’s stock in trade. They are – they have to be – masters at it.  Simply, metacognition is one of the gold standards of assessing student learning. Does it take some extra time? Yes. Is it worth it? Absolutely!