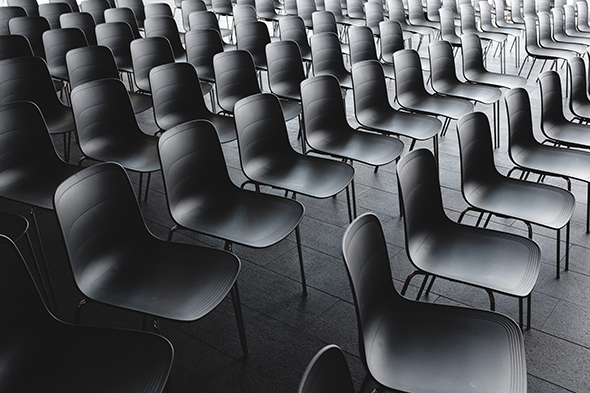 Before your next rehearsal, try a few things that will make all the difference in the world. Simply slide the first chair in the second row over so that the middle of that chair is behind the gap created between the first two chairs of the first row. Align every chair in that row the same way. Then slide the middle of the first chair of the third row over so it’s behind the gap created between the first two chairs of the second row, and so on. In this way, every student will be looking between the heads of those in front of them, rather than directly into the back of someone’s head. Then to make it even better, rotate each chair so it points directly at where you will be on the podium. So that when they look up, their eyes will be “aimed” directly at you with less obstructing their line of sight and blocking their view. I know it sounds like a tiny change, but what a difference it will make!