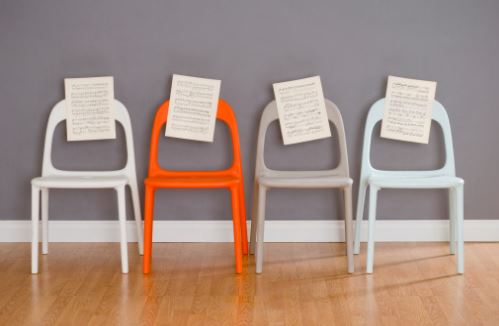 The next time you see your band, tell them that you are going to do a “scattered” rehearsal. Explain that they can sit anywhere in the room they want, as long as they are not in the same location, or next to the same people as usual. Preferably, they should not even be next to someone who plays the same instrument as they do. I suggest giving them two minutes to accomplish this seating, during which time I explain to the percussion that they need to stay where they usually are for efficiency. The students will love it, and beg you to do it often.

Why? Because it is so much fun! However, the benefits are far greater. They will hear harmonies, melodies, rhythmic layers, and countermelodies they had never heard before. They will be forced to be more independent because the person they have been following is now sitting on the other side of the room. As their ears and minds are saturated with new sounds, every nuance of the music will become more vivid and stimulating. Warning: this activity is so fruitful and enjoyable that it can be addictive.