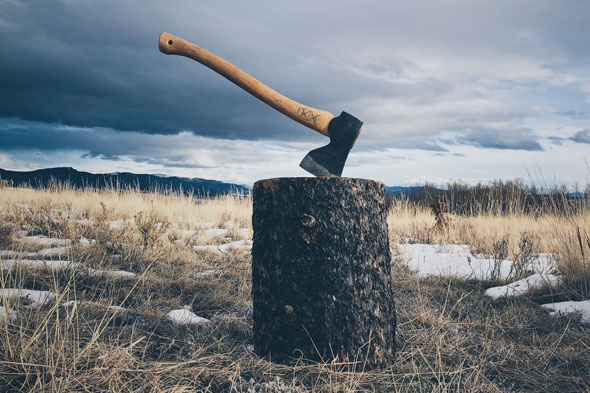 One of my dear friends shared this story with me. It perfectly describes what all too often happens to students when practicing or rehearsing. Sadly, left unchecked, the problem it portrays can cause our students to believe they can’t succeed.

Once upon a time there was a very strong wood-cutter. He asked for a job from a timber merchant and he got it. The pay was very good and so were the work conditions and for that reason the wood-cutter was determined to do his very best. His boss gave him an axe and showed him the area in the forest where he was to work. The first day the wood-cutter cut down 18 trees. His boss was extremely impressed and said, “Well done. Keep it up. You are our best wood-cutter yet.” Motivated by his boss’s words, the wood-cutter tried even harder the next day, but he only cut down 15 trees. The third day he tried even harder but only cut down 10 trees. Day after day the woodcutter cut down fewer and fewer trees. His boss came to him and told him that if he did not chop down more trees each day he would lose his job. The wood-cutter needed the job, so he tried harder and harder. He worked during his lunch breaks and tea breaks, but still he could not cut down enough trees. “I must be losing my strength” the wood-cutter thought to himself. He worked over-time, but still it was not enough. Eventually his boss came to him and told him he was fired. The wood-cutter was really upset, but he knew that he had worked as hard as he could and just did not have enough time to chop more trees. He sadly handed his axe back. The boss took one look at the axe and asked, “When was the last time you sharpened your axe?” “Sharpen my axe?” the wood-cutter replied. “I have never sharpened my axe. I have been too busy trying to cut down enough trees.”

I wonder how many students I have encouraged, required or forced to keep “cutting down trees” to the point where they developed bad habits from fatigue, lost interest from lack of success, or found no enjoyment from frustration? I wonder how much better my students would have succeeded if I better helped them take the time to “sharpen their axes,” taught them better how to “sharpen their axes,” and guided them to understand the value of “sharpening their axes?”